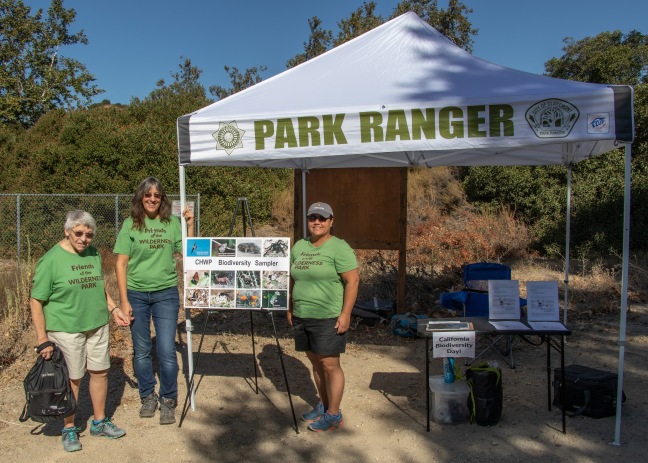 Thanks to everyone who participated in California Biodiversity Day at the Wilderness Park, and especially the Rangers, who set it all up!  On Saturday and Sunday, Sept. 7 and 8, forty-eight new observations were reported to our iNaturalist project.  Thirty-seven different species were reported, including 13 species not previously reported to iNaturalist for the Park.  Here are a few of our favorites.  The ones with * are new species for our iNaturalist project. 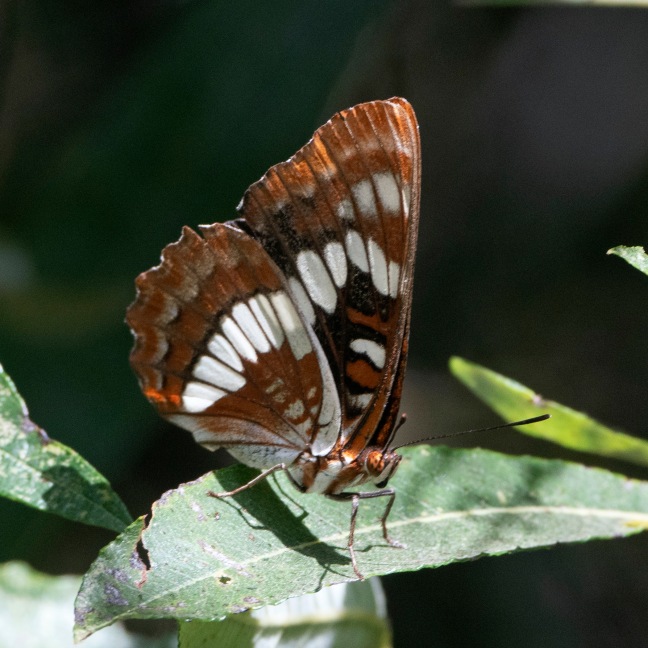 The Lorquin’s Admiral is thought to be a Batesian mimic of the California Sister, which is reportedly much less palatable to predators. 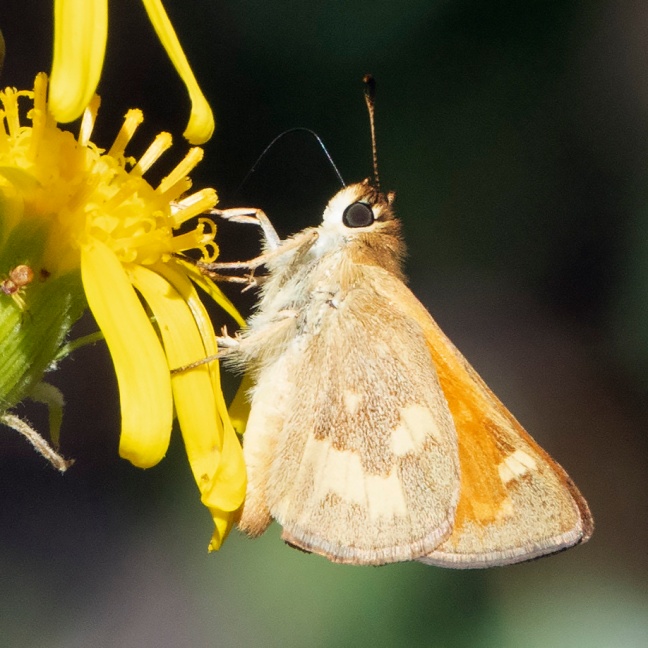 The Woodland Skippers were all over Evey Canyon on Sunday.  Douglas’s Threadleaf Ragwort blooms later than most and attracts a lot of bees and butterflies in late summer and early fall. 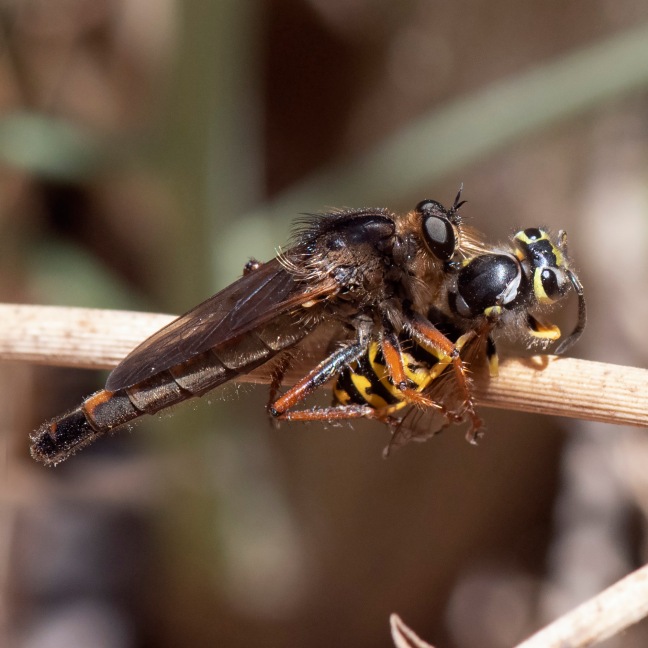 This was a two-fer!  Both the Stenopogon robber fly and the Western Yellowjacket were new additions to our project. Isn’t the robber fly a fearsome-looking creature? 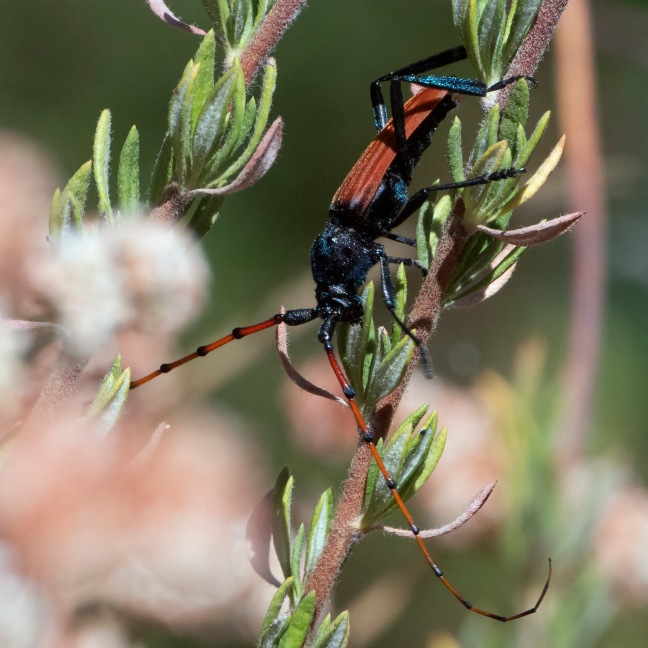 With its blue iridescent body and coppery elytra, this large, colorful beetle is an amazing tarantula hawk mimic. 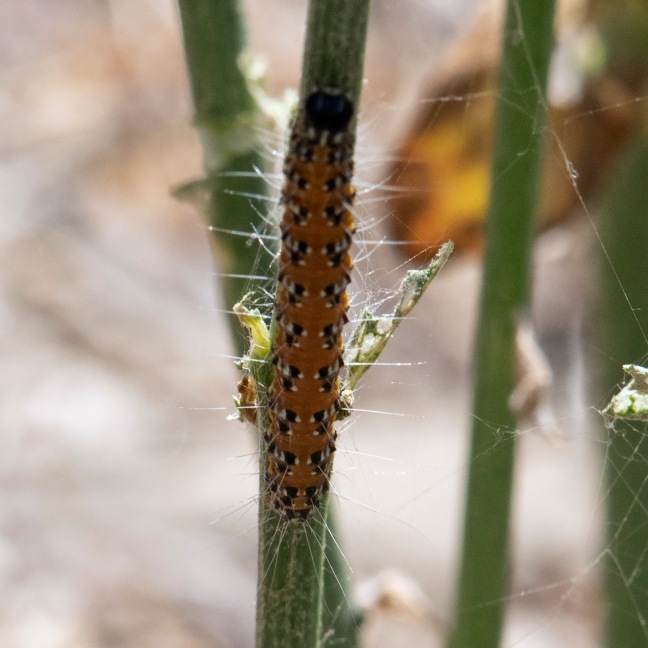 There were quite a few of these on the broom in Evey Canyon – four on this plant alone. Who knew there was a moth that used broom as a host plant?  We say, “Go caterpillars!  Eat broom!”

If you made observations in the Park but didn’t report them, don’t worry!  You can submit them any time, and they will still be counted both for the Park and for the statewide California Biodiversity Day project.

One thought on “California Biodiversity Day at the Wilderness Park”